Lithograph dated 19th century.
Born in 1610 in Dieppe from a Huguenot family, Abraham Duquesne takes his first command in the Navy at 18 years.
Richelieu gave him the command of the Neptune in Sourdis squadron in 1636.
In 1644, after several victories over the Danes, he was promoted to vice-admiral of Sweden.
In 1647, back in France, he was appointed Chief of Mazarin Wing, then lieutenant-general of the armies of sea in 1667.
His career is brilliant but his refusal to abjure the Protestant religion prevented him access to a more prominent position despite the recognition of Louis XIV for his services.
Following the revocation of the Edict of Nantes, he obtained special permission to stay in France without abjuring. He died in early February 1688. 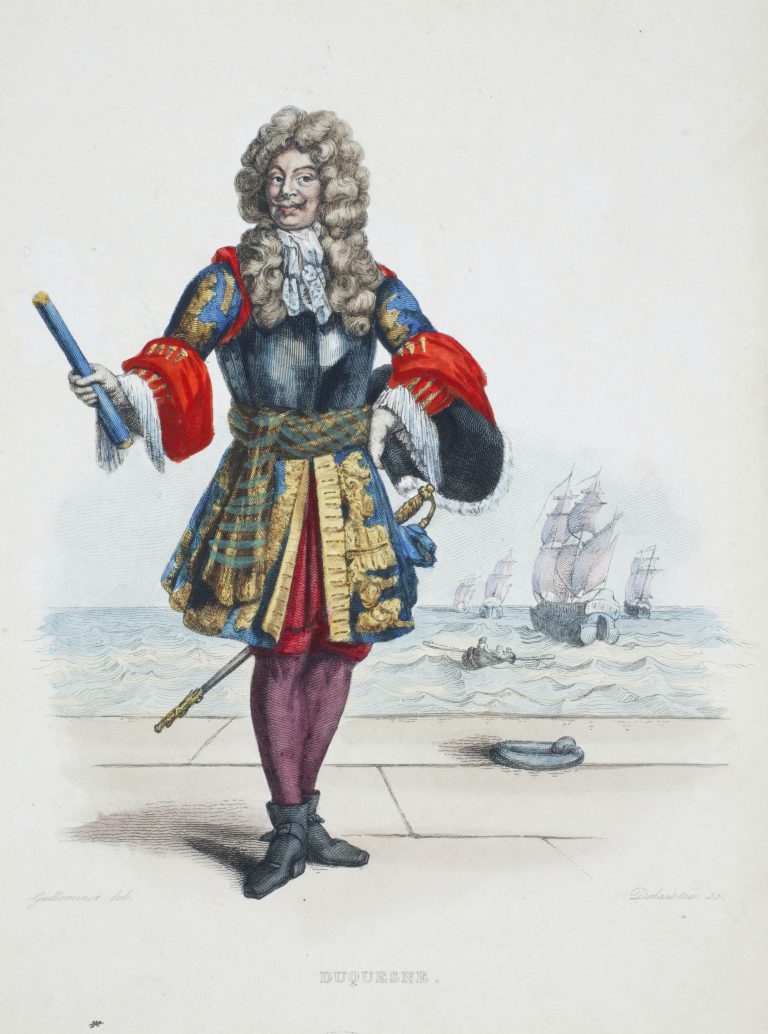