Account of the Dieppe raid (Operation Jubilee) by Roger Rothwell

On 19 August 1942, 6,100 soldiers, some English but mostly Canadian, left Newhaven and landed on the beaches of Dieppe. The goal of Operation Jubilee was to destroy coastal defences and strategic infrastructure, and to pick up the troops for the return journey the same day. As there was little air cover, the German forces put up a strong fight against the land-based attacks by the commandos who had been put ashore, and the Allied troops surrendered after ten hours of fighting. The heavy losses incurred during Operation Jubilee (4,400 soldiers were posted missing, killed, injured or taken prisoner) served as a lesson to the Allies in preparing future landings. Only 1,400 solders survived, most returning to the port of Newhaven after this disastrous raid. 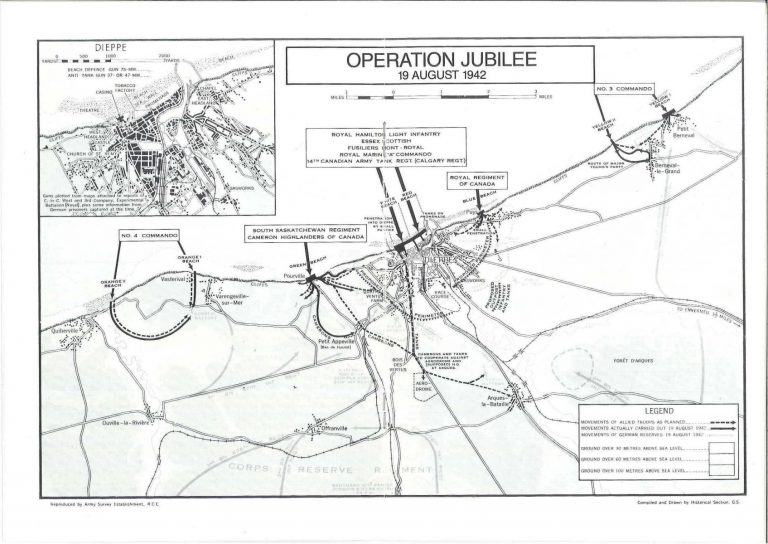