The end of the Hundred Years War placed Normandy away from foreign wars for several centuries. This does not preclude the province to participate in transactions, including shipping. Captain Charles Daniel, a native from Dieppe, who served many commandments in the Royal Navy, is a fine example of a naval officer.

After several expeditions in New France, he was responsible in 1638 for the Channel fleet and is then assisted by Duquesne. The following year, as shown in the document, he is charged by Cardinal Richelieu, as grand master of navigation, to go and buy vessels on behalf of France. 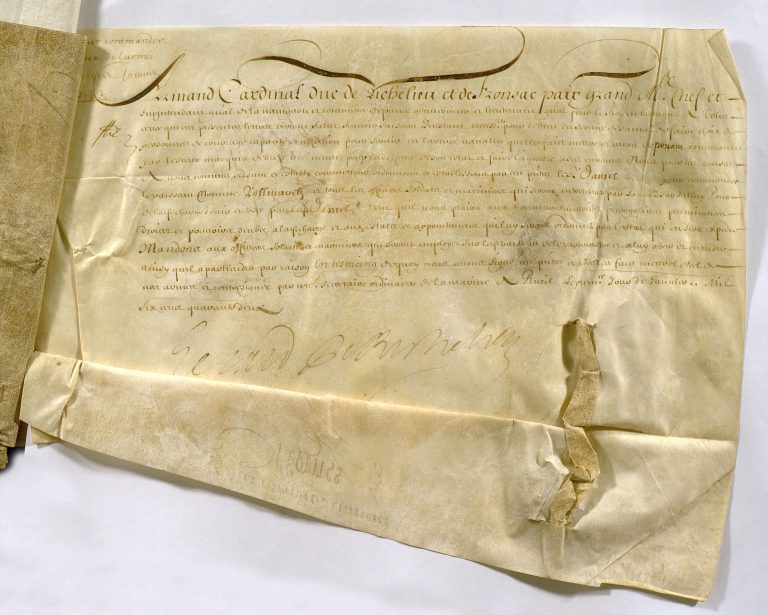