Historical Background
Henry abbot of Tréport (in Normandy) reminds that tenements at Bolinton and Pebsham (in Bexhill), Playden and Stand was sold to the abbot and convent of Robertsbridge, for £66 13s 4d. The document explains that Robert Count of Eu donated the properties to Tréport when he founded the abbey and that they were then sold to Robertsbridge by Arthur, abbot of Tréport, with the consent of Alice, Countess of Eu (1225). Robertsbridge could not pay the money in one go so agreed a payment plan of £6 a year, which was completed in 1290. 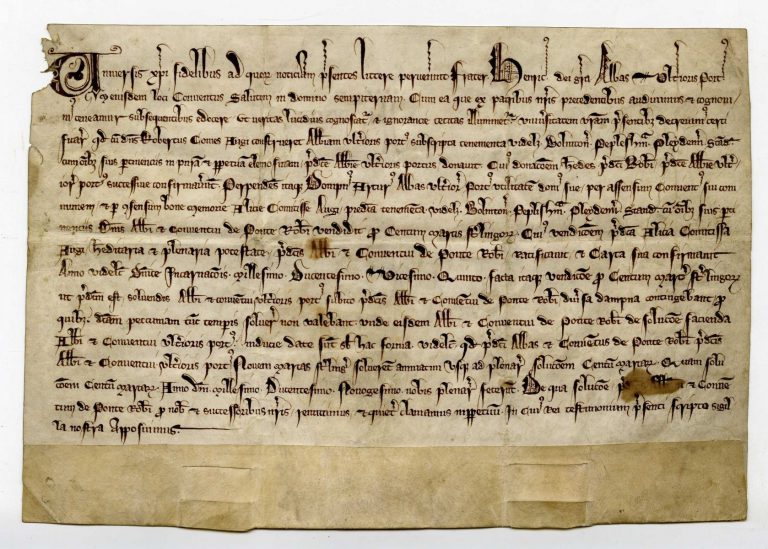