Dieppe, the Brighton, the fastest of the English steamers, postcard

The Brighton, the fourth vessel to bear this name was one of the first turbine-driven liners on the Dieppe-Newhaven route. Built at the Dumbarton shipyard in Scotland, it had two propellers and ran at 6,000 horsepower. It was launched in Scotland in 1903. During the First World War it was used as the marine headquarters of King George the Fifth and later also acted as a hospital ship. It was sold in 1930 and converted into a yacht by its new owner, Sir Walter Guinness. 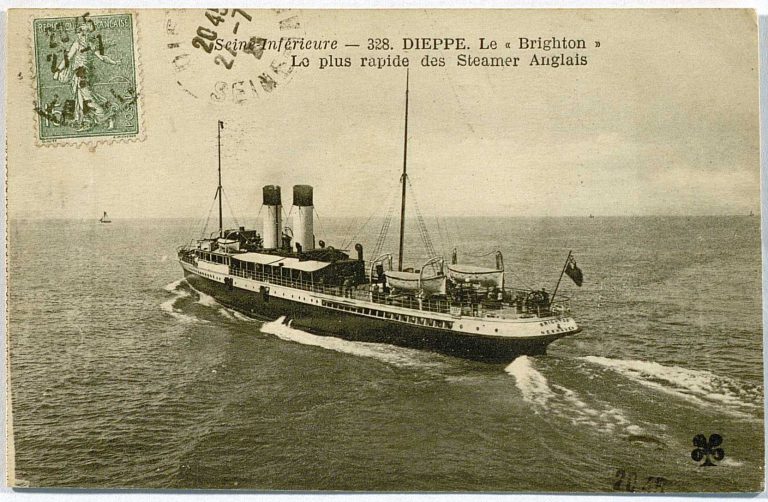