Musée des Antiquités, inv. 626.
Alabaster quarries were located in Derbyshire, leading to a major industry producing religious sculptures in the late Middle Ages, centred on Nottingham. This type of semi- or high-relief carving was very popular in Normandy, with vast quantities being imported and used and mainly as altarpiece decoration. This example, quite badly worn, depicts the murder of Thomas Becket, chancellor to Henry the Second (Henry Plantagenet) and archbishop of Canterbury. He was killed in the choir of his church in 1170 for defending the liberties of the Church against the king; he is shown in the centre, kneeling before the altar, surrounded by his murderers, one of whom is drawing his sword. He was very soon canonised. Like all the upper classes of society at the time, Becket’s family was of Norman origin, which perhaps explains why he was held in such regard in Normandy. 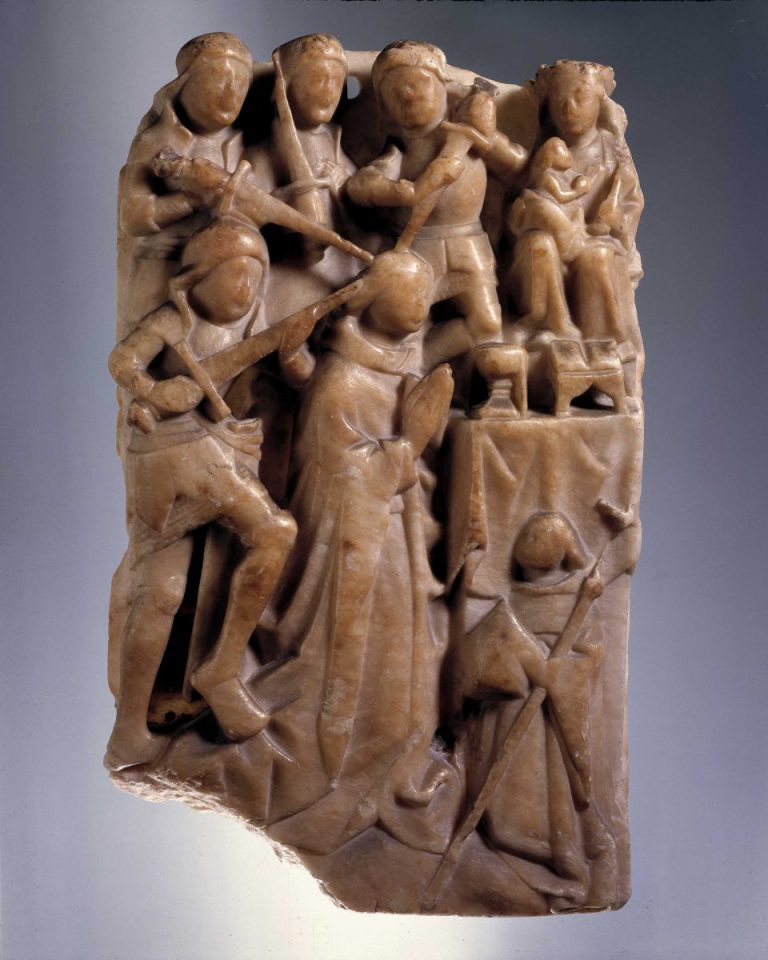