English house. Plate taken from “Habitations champêtres” by A. Petit

Books containing architectural plates became increasingly popular in the second half of the 19th century. The early volumes concentrated on monumental architecture, but soon works on civil and domestic buildings started to appear. The book on country dwellings by A. Petit shows the full panorama of rural houses throughout Europe. The English home depicted here is typical of Victorian-era buildings with its Gothic-style pinnacles and its bow window: a window projecting out from the façade, which was extremely popular in England in the following decades. 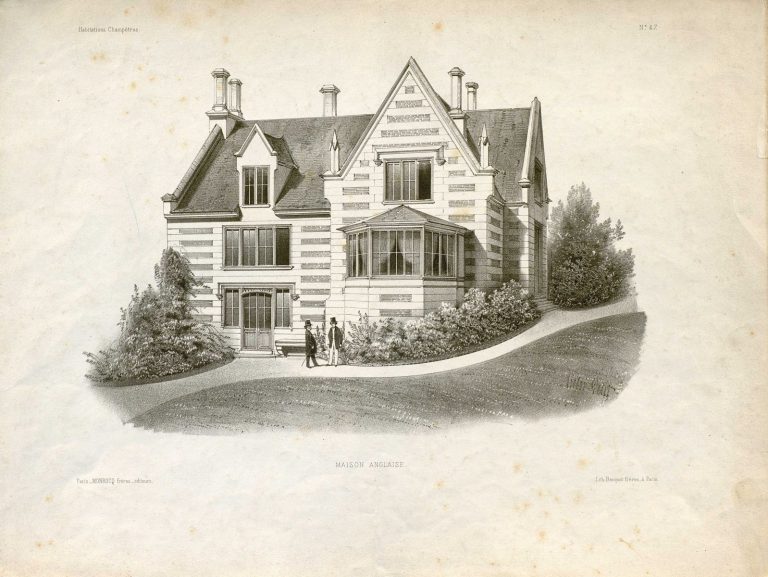