Study on trade between France and England

From the Prefecture’s archives, we could compile statistics on trade between France and England from 1844 to 1865 (see Associated document below).

Three years later  they act the same on all export duties and most import taxes .

In 1853, Gladstone, Chancellor of the Exchequer of Palmerston, accentuates the customs barriers .

In 1860, year of the Treaty of Cobden -Chevalier, products that were still taxed were essentially luxury goods .

In the context of free trade and to encourage French industrial production, Napoleon III wanted to remove at the same time customs duties on wool, cotton and prohibitions, to reduce taxes on sugar and coffee, the rights to channels . He also wanted to improve channels of communication, give grants to agriculture and industry and signe trade treaties with foreign powers. 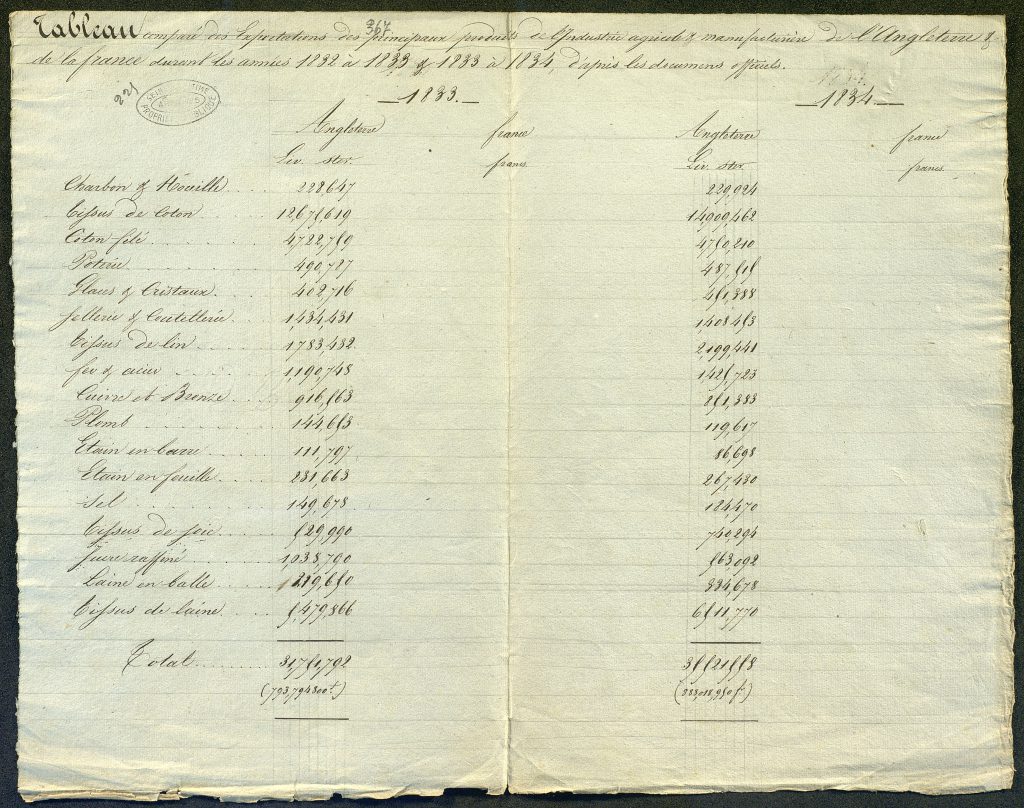 Fund of the Prefect’s office