The massacre of Saint-Bartholomew, 24 August 1572

Tragic episode of the religious wars, the massacre of Protestants triggered in Paris on August 24, 1572, on St. Bartholomew’s day, continued for several days in the capital, and then extended to more than a dozen province cities during the following weeks.

As a consequence of military and civil strife of the French nobility between Catholics and Protestants, especially between the clans of Guise and of Châtillon-Montmorency, it is the result of a wild popular reaction, ultra-Catholic and hostile to the royal policy of appeasement. It also reflects the international tensions between the kingdoms of France and Spain, sparked by the uprising in the Netherlands .

Historiographical tradition made King Charles IX and his mother, Catherine de Medici, the main responsible for the massacre. Historians have long remained divided on the exact role of the crown. Today they retain that  the military leaders of the Protestant clan only were targeted by the royal order. On the morning of August 24, Charles IX ordered an immediate stop to the killings, but overwhelmed by the zeal and fury of the people, he could not prevent it. 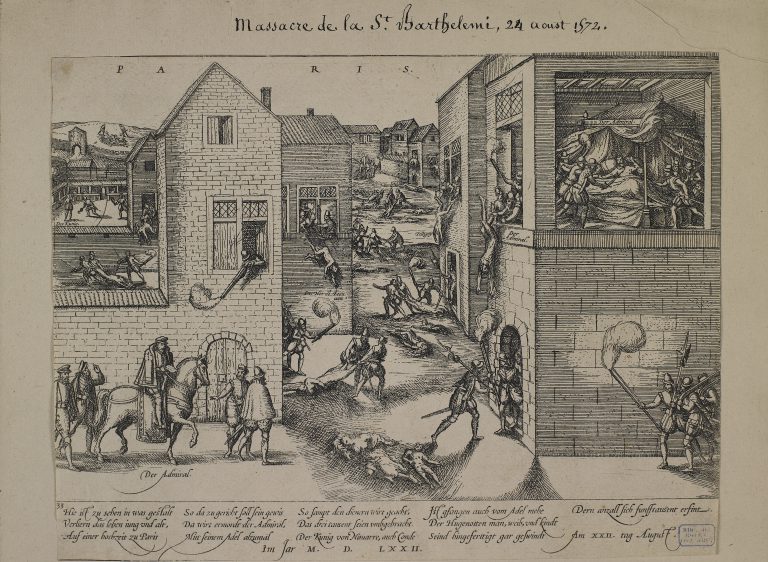