In this memorandum the Chamber of Commerce records its views on the navigation and trade treaty of 1786, having sent two representatives to England. It notes that, contrary to the situation in France, English corporations of merchants and manufacturers had been consulted and had managed to have some clauses that might be detrimental to their business deleted. It drew the king’s attention to the impact of the treaty on Norman merchants and industrialists in the spinning and ceramics sectors, and expressed concern at the invasion of cheap English cotton which it saw as a threat to modern cotton mills like the one run by John Holker. 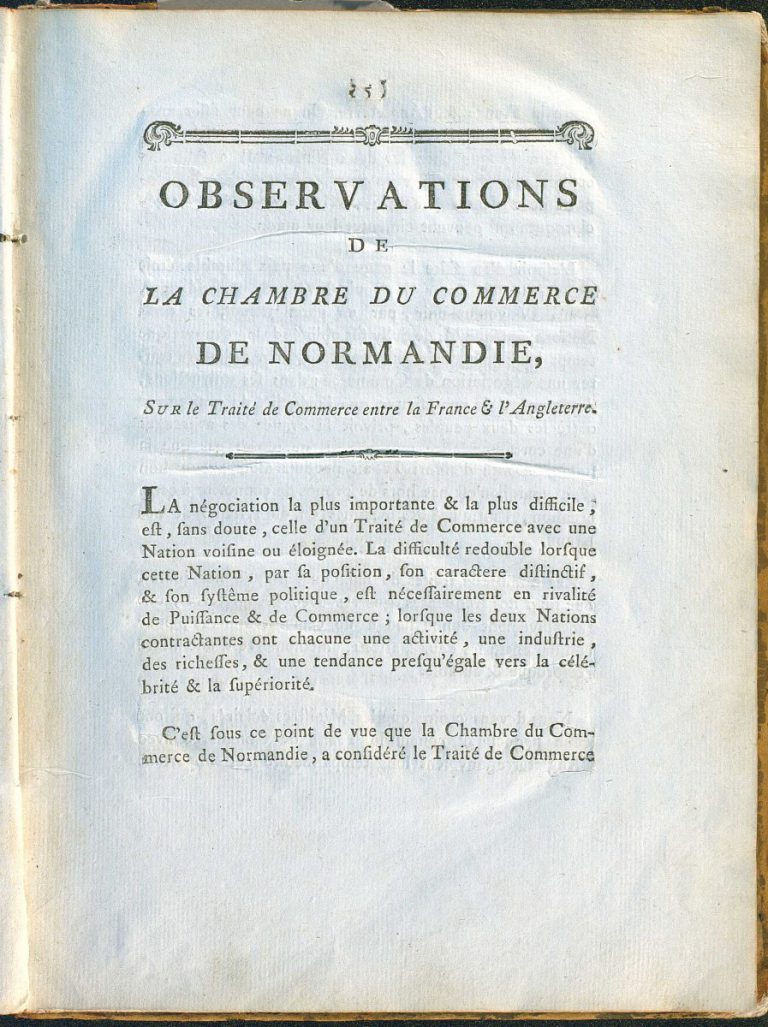 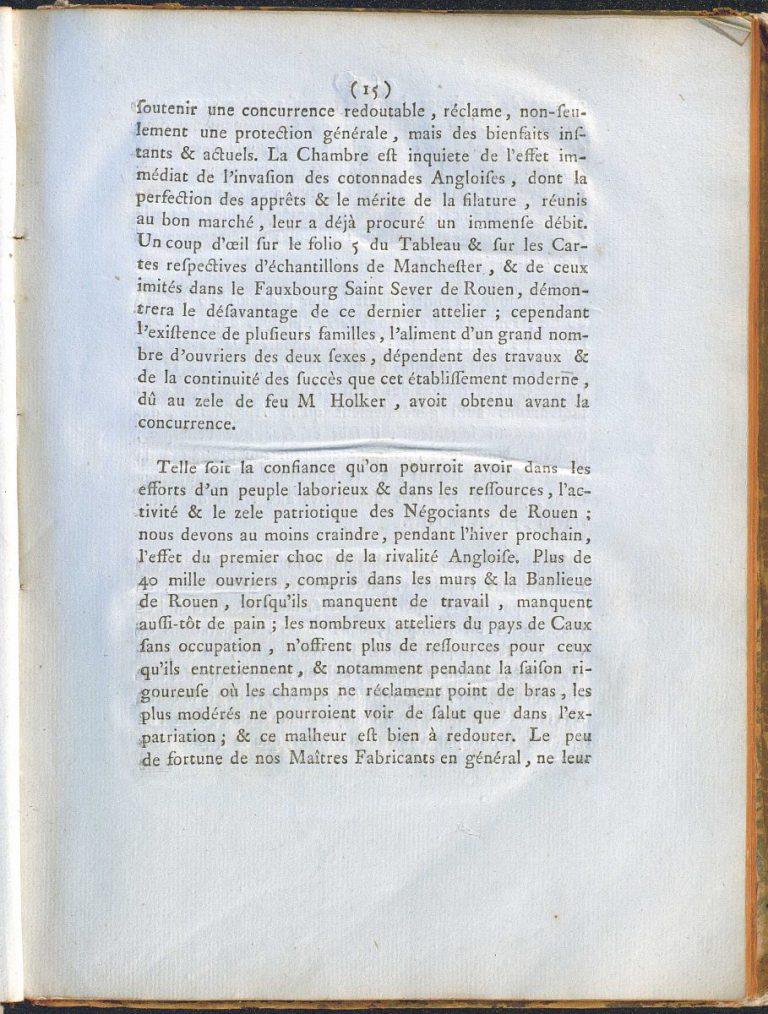