Historical Background
View of the Royal Pavilion at Brighton. Engraving by Francis.

Brighton is a town and one of the most famous seaside resorts in England. It was brought into fashion, notably by Albert Abdullah David Sassoon, the “Indian Rothschild” in the 1870s. Among its famous buildings, the extravagant Royal Pavilion raised as a residence for the Prince Regent, later King George IV.

The Pavilion has been the subject of several projects, including Repton’s one. It was eventually erected to John Nash’s plans in the early 1800s. It is remarkable for its Indian architecture and interior full of chinoiserie. The building and grounds were purchased by the town in 1849. 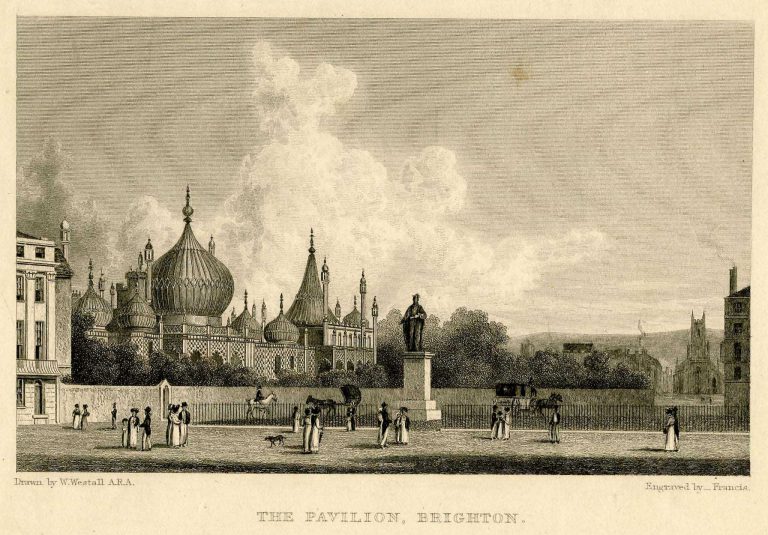 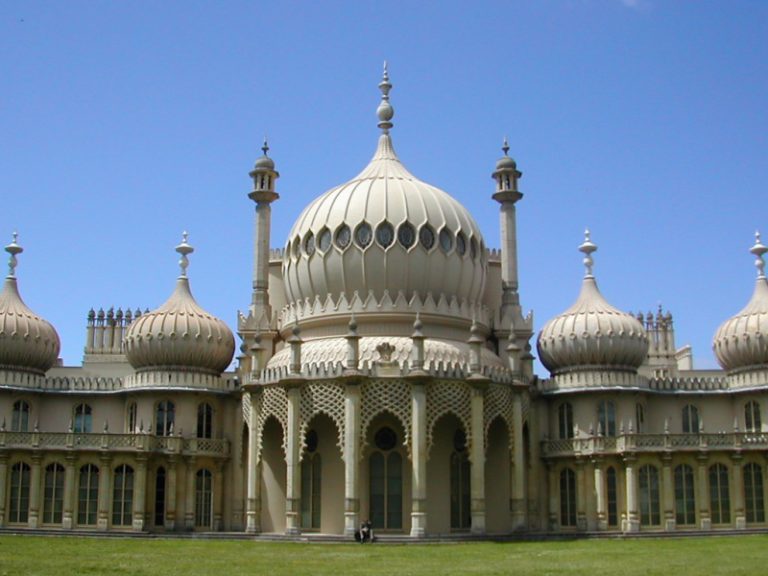