The Franco-British Exhibition of 1908

The Franco-British Exhibition of 1908

The Franco-British Exhibition of 1908 : side-view of the pavilion's entrance. Glass negatives by Louis Chesneau, August 1908.

Franco-British Exhibition of Science, Art and Industry in 1908 was initiated by the French Chamber of Commerce in London, with the support of Ambassador Paul Cambon. The desire to consolidate the Entente Cordiale in the economic and commercial field was bilateral. In early summer 1908, London hosted the Olympic games. The exhibition was installed nearby, on the site of Sheperd’s Bush then named White City because of the white reflections of stucco covering the pavilions. It was inaugurated on May 14 by the Prince of Wales and visited a few days later by the President of the French Republic, Armand Fallières. In the official report of the exhibition published in 1917, the entrance pavilion is described as follows :

“The courtyard is surrounded by beautiful palaces in the Hindu style minarets, bell towers, pagoda roofs , moucharabies , ovoid domes, terraces advancing on water, kiosks with thin columns; openwork stone streetlights stand throughout the enclosure of dazzling whiteness, where the stone is excavated, worked, engraved, punched, diminished, forming a maze of pillars, archways, arching forms, awnings, warheads lobed, spikes, pedestals, slender columns, galleries, square corbelled of marble staircases, balusters turrets. “
All this architectural vocabulary reflects the general spirit of the project, twenty pavilions are abundantly adorned, the flag of French Applied Arts is in the tradition of eclecticism. Colonial pavilions are important and several indigenous villages are reconstructed.
Eight buildings are dedicated to subjects as diverse as education, navigation, sports or even working women. 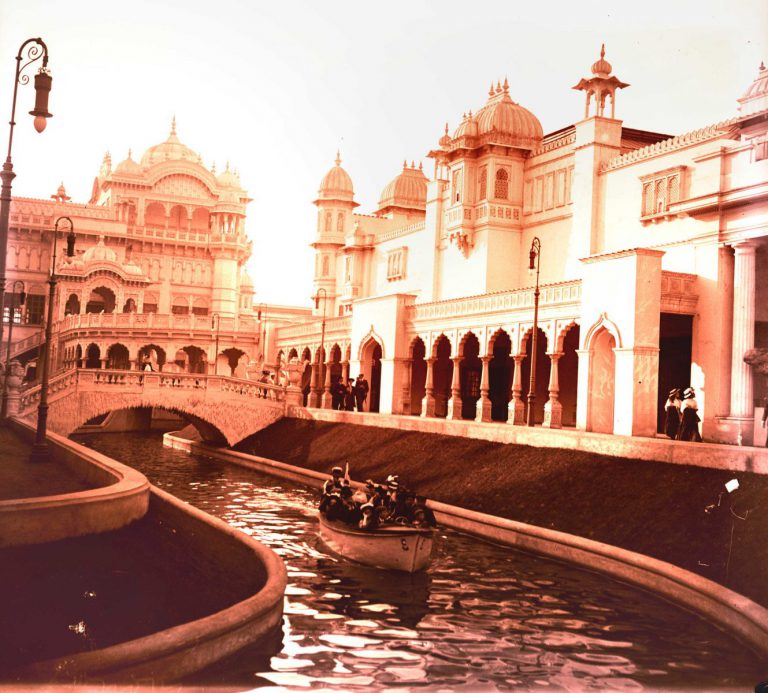 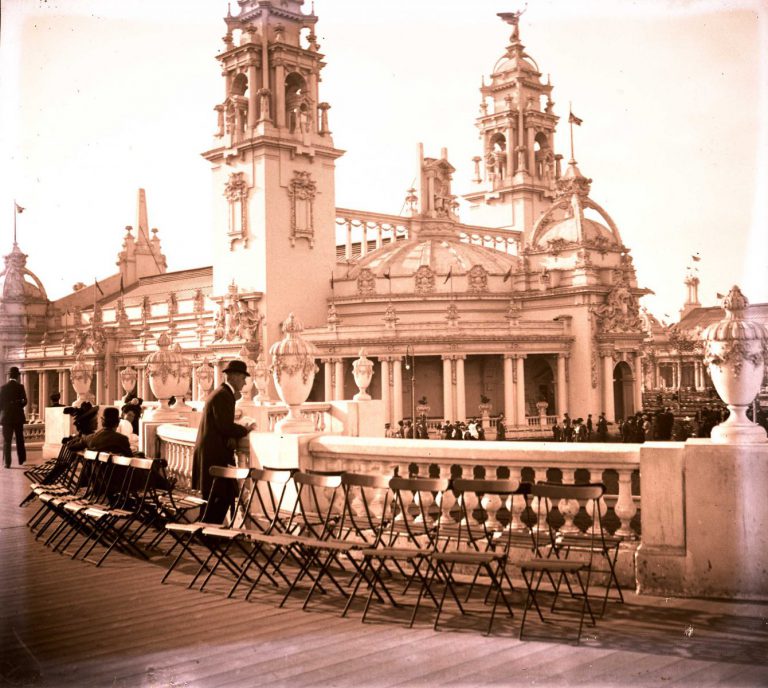