The “Nouveau Pont aux Anglais”; Malaunay, the arches of the viaduct

The “Nouveau Pont aux Anglais”; Malaunay, the arches of the viaduct

Five long tunnels had to be dug and six viaducts constructed over the Seine in the building of the Paris to Rouen railway.

Extending the line to Le Havre and Dieppe meant building a bridge at the end of Brouilly island to carry the tunnel under Saint Catherine’s hill: this was known as the Pont aux Anglais, or English Bridge. It was made of wooden arches on stone pilings and was opened on 20 March 1847. A few months after it was opened, fire broke out during a riot and destroyed two arches on the left bank.

The Malaunay and Barentin viaducts (see postcards 64 Fi 548 and 2 Fi Bonsecours 88) were also built by English workers, but this time in brick. The extension of the line was supposed to be opened in 1846, but the collapse of the Barentin viaduct, caused by the use of poor-quality bricks, delayed the opening until March 1847. 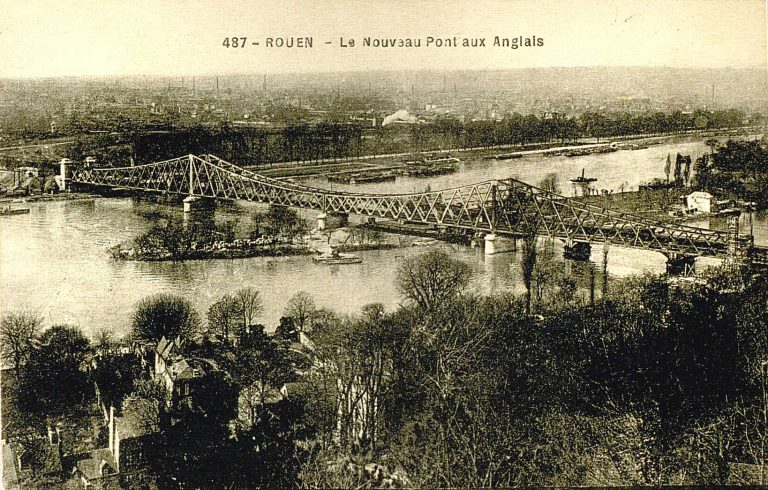 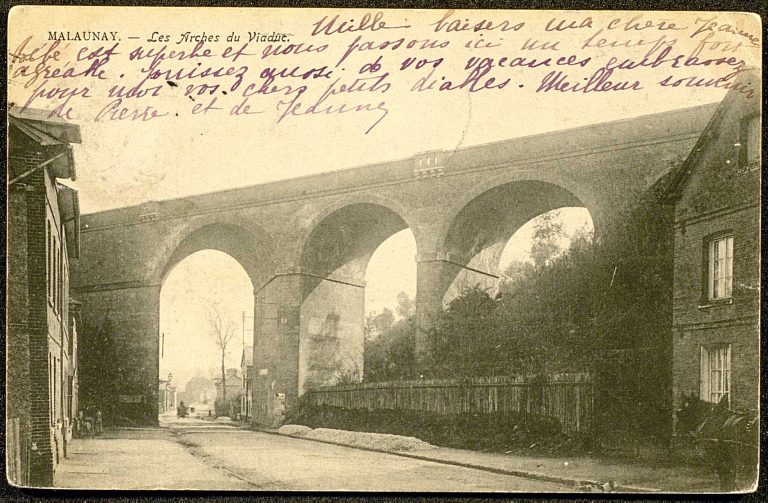 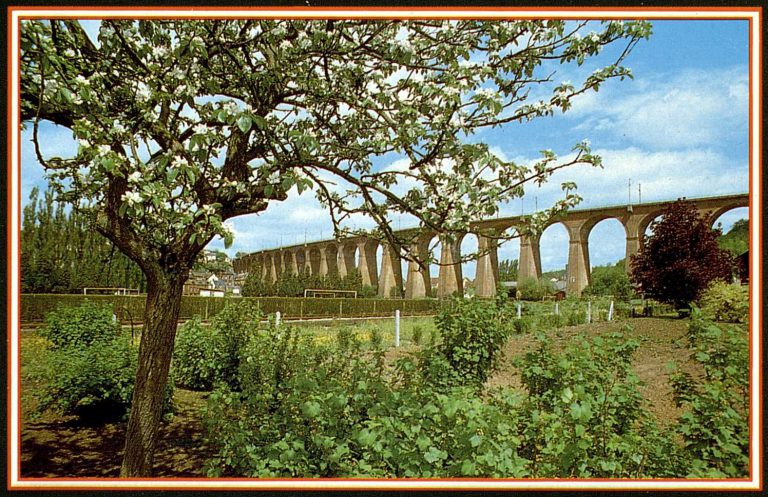