This 1844 calendar depicting a railway commemorates the start of train travel in the Lower Seine.

The line, almost 130 kilometres long, follows the Seine valley. Work started in May 1840 and was in English hands.

Entrepreneurs W. Mackenzie and T. Brassey are responsible for the laying of track, tunneling and bridge construction

Workers who participated in the construction are for the vast majority of English origin.

Some strikes broke out during construction of the line: for example, in April 1842, 150 British workers went on strike against the attempt of English sub-contractors to change the way work was organised.

In APril 1884, between 400 and 500 English workers on the Rouen-Le Havre section downed tools because they were unhappy with their pay.

It took two years to complete the line from Paris to Rouen.

On 24 April 1843, English and French workers attended a topping-out ceremony at Saint-Sever station, which opened for business on 3 May. The project amounted 38 millions. 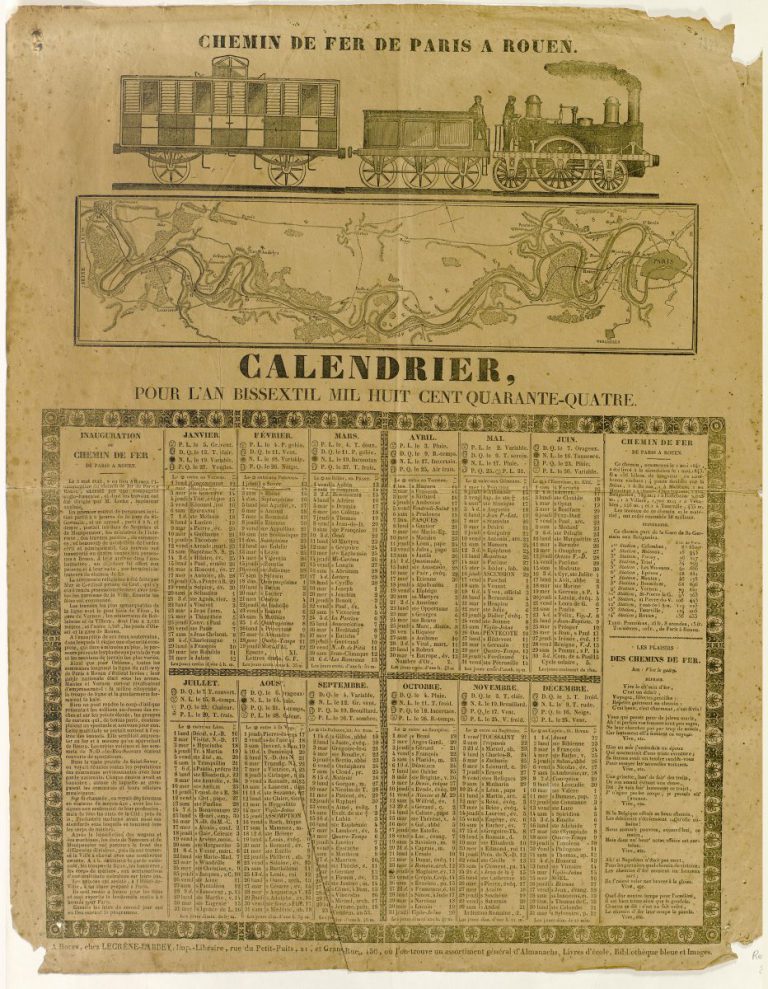