Collier (1685-1760) was Solicitor for the Crown assisting in trials of smugglers until 1733 when he was appointed Surveyor-General of the Riding Officers of Kent.

Collier was putting together evidence in support of two dragoons accused of  the murder of Thomas Peen, a suspected smuggler and possible member of the infamous Hawkhurst Gang, at Hollington, Hastings.  Collier had lined up Thomas Pettet of Battle as a witness but this letter from Pettet shows how frightened he was to give evidence:

Convictions before George Stace esq, JP of several men on charges of smuggling, 14 March 1820. The first case is typical of the others: 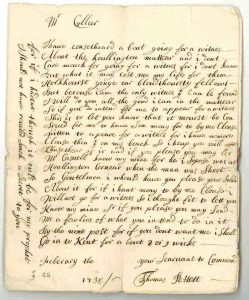 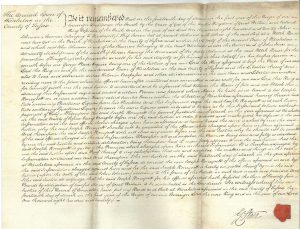 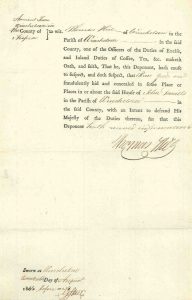