Objects on this board were all presented to the departmental Commission of Antiquities on 23 May 1871.

Preserved in the Museum of Antiquities, they were discovered in several places in Seine -Maritime and Eure between 1840 and 1871 ( Aubermesnil-les-Erables, Caudebec, Pîtres ) .
Scandinavian brooch shown on the bottom right of the board is particularly interesting because it raises the problem of vectors from the Scandinavian influence in Normandy, following the official installation of Scandinavian leaders on Frankish lands from 911.
It is one of two fibulae found in 1865 by a digger at work in a field in Pîtres. They were probably with other objects, which unfortunately could not be saved, as the female funerary grave was pierced by earthworks .
The fibula represented is of a fairly rare type. Two half-shells of bronze are assembled, one forming as a small shell, this fibula called ‘turtle-shaped’, decorated with fantastic animal motifs is clearly of Scandinavian style. It was used between 9th and the middle of 10th century as feminine adornment in Denmark and in the English coastal regions, where Scandinavian influence was strong.
The fact that a woman had been buried with such a jewel in St. Martin near Pîtres has been interpreted as evidence of a Scandinavian facility in this town near the Seine. Indeed, the custom of being buried with objects is passed among the Franks, considered pagan, but still subsists in parts of Scandinavia. The Scandinavian style of a part of funerary help confirm the Nordic origin of the ritual and of the deceased.
In light of recent historiography on the Scandinavian colonization, another interpretation is possible: this woman could have been of Frankish origin and have been buried in the Scandinavian fashion to mark her being a member of this new leading group, steming from a merger between Scandinavian leaders and Frankish aristocrats on a new political and cultural Franco- Scandinavian identity. 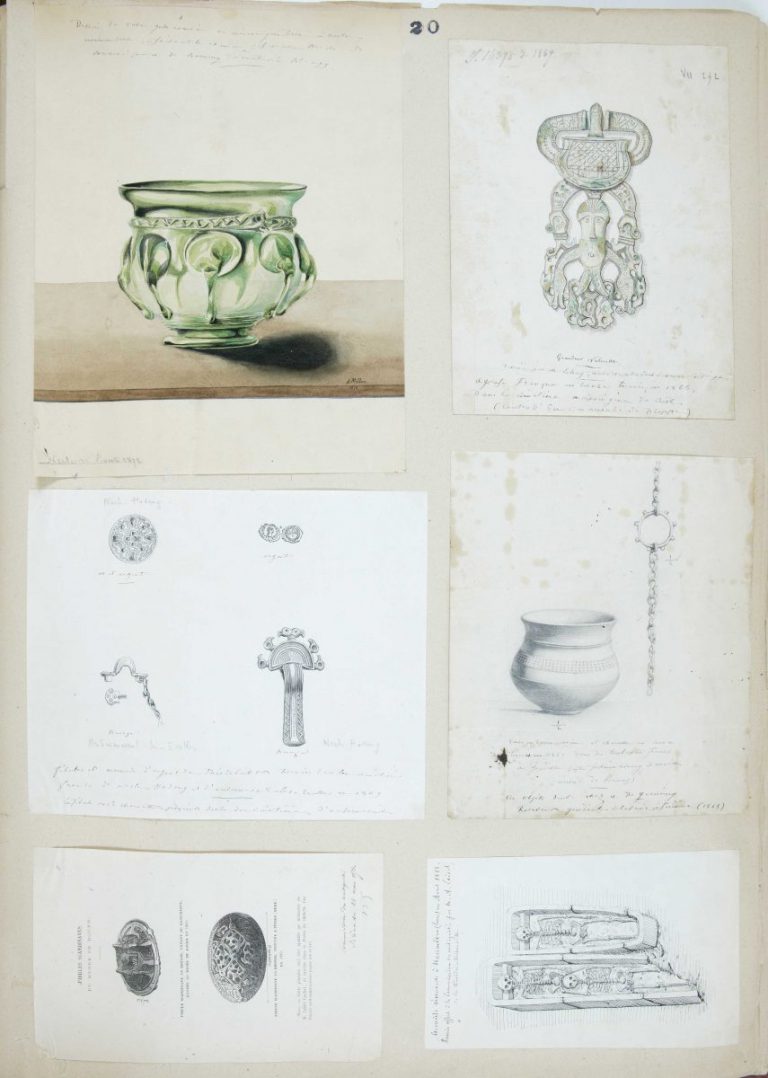