Order from the Lords of the Council, 28 October 1571, ordered a survey to be made of strangers (foreigners) in the town and for undesirables to be expelled :

“Besides a great multitude of good, honeste and devoute poore and afflicted people, there are allso another nombre of evill disposed people under color of religion and pietie lately entred at sondry portes and crekes into the realme, whereby the naturall good subjectes are like not only to be corrupted with the evil conditions of them which are nawght, but allso by the excesse nombre of bothe sortes…“ (ESRO: RYE 47/2/9)

Rye officials replied on 13 November 1571. It states that members of the French church of Rye, who had arrived before March that year, “are of very honest behaviour”.  Many of the names recorded here – for example, Francis Cauchie – occur frequently in local records.

The names of thoes which be of the Frenche church in Rye, the daie and yere abovesaid:

( Jan le Febure for his wiff

Theis persons underwrytten remayne in the towne, and have ben of continuance before March last, but of no churche that is knowen:

See also Rye Great Box accounts for the midsummer quarter of 1575.  Dues were paid into the Great Box in return for rights to carry out certain trades.  This page records shops from Landgate to Strandgate and includes at least four French tradesmen: Andrew Harry, and unnamed French tinker, joiner, and shoemaker (ESRO: RYE 65/5) 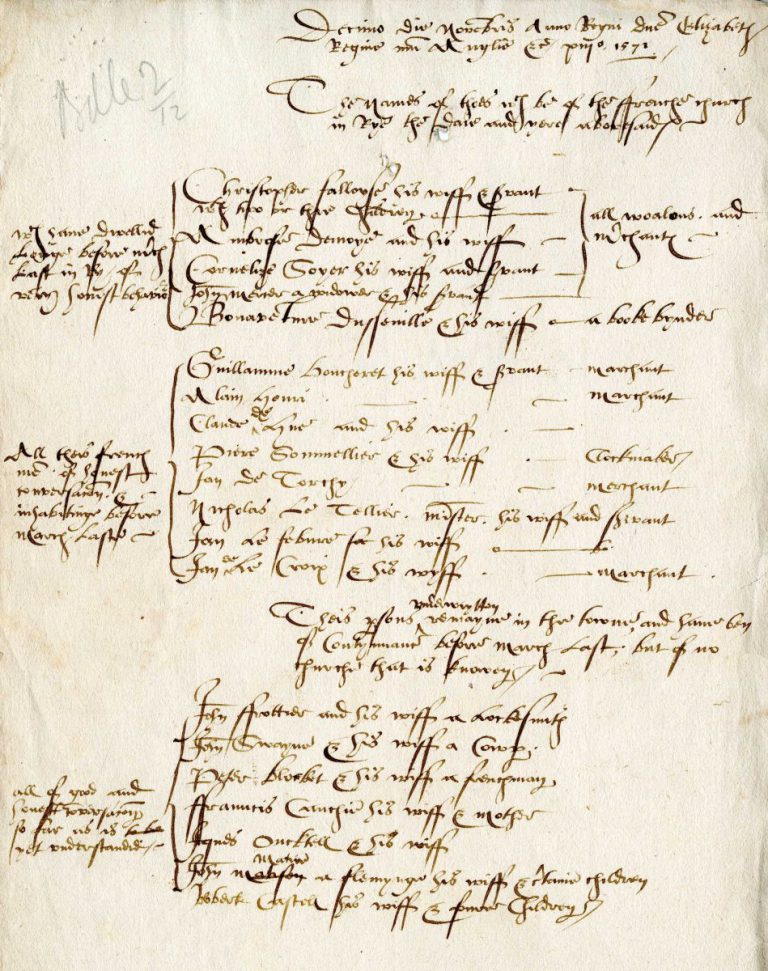 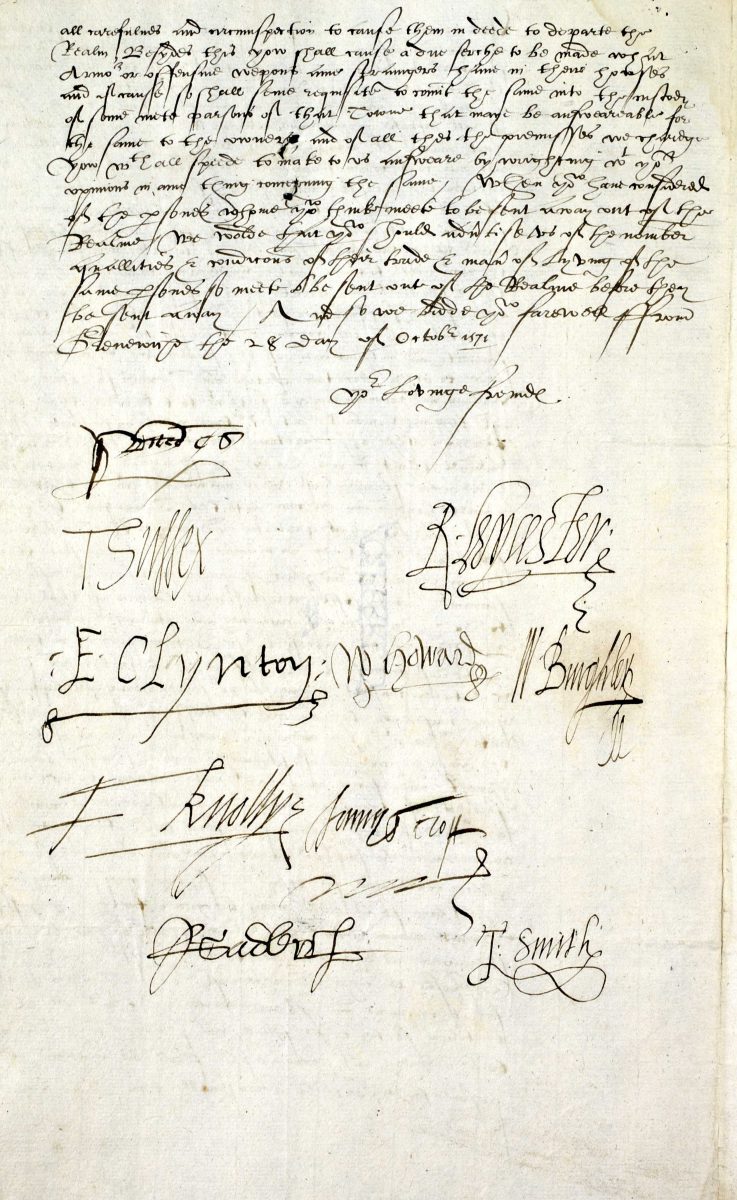