Map of Rouen besieged and taken by Charles IX

Map of Rouen besieged and taken by Charles IX

The Huguenots took control of Rouen in April 1562 shortly after the massacre of Vassy, which marked the start of the civil war, and indulged in large-scale destruction, including mutilation of the statues in the cathedral. The town was surrounded by royal troops before English reinforcements could arrive, and the town changed hands again on the 21st of October. Violent reprisals then took place. This map shows Rouen and the positions of the royal troops surrounding it, with the breach opened near the Saint-Hilaire gate. 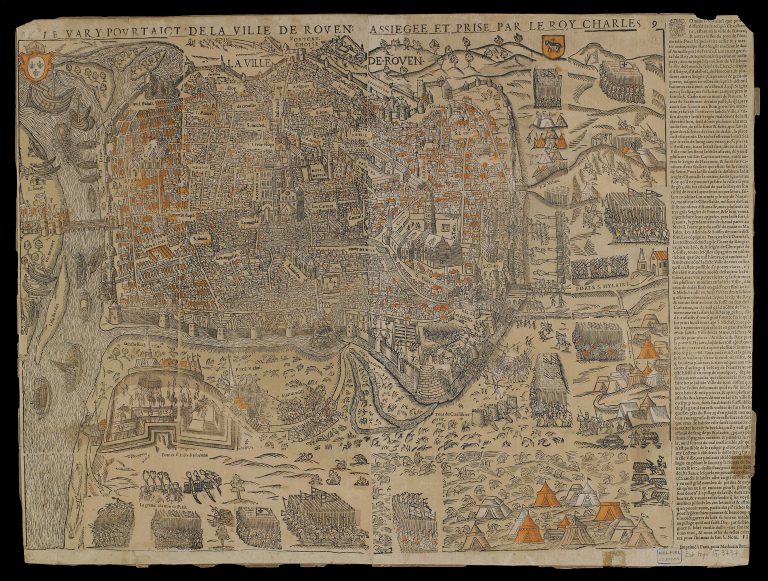