Appointment of an English captain

Appointment of an English captain

Dated 1757, this document appoints Robert Farwell as captain of the Dolphin, an unarmed trading ship with a capacity of 90 tons and bound for Newfoundland, Portugal or Spain.

The appointment was made in the name of the Lord High Admiral “of Great Britain and Ireland etc. and of all His Majesty’s plantations”.

Promoted to Vice-Admiral and raised to the peerage at the start of the War of the Austrian Succession, he commanded the naval forces fighting against France during the Seven Years War; in May 1758 he was at the head of the British naval blockade of Brest and led raids on  Saint-Malo.

He was extremely popular in England thanks to his “Voyage Round the World in the Years 170 to 1744”, published in London in 1748. 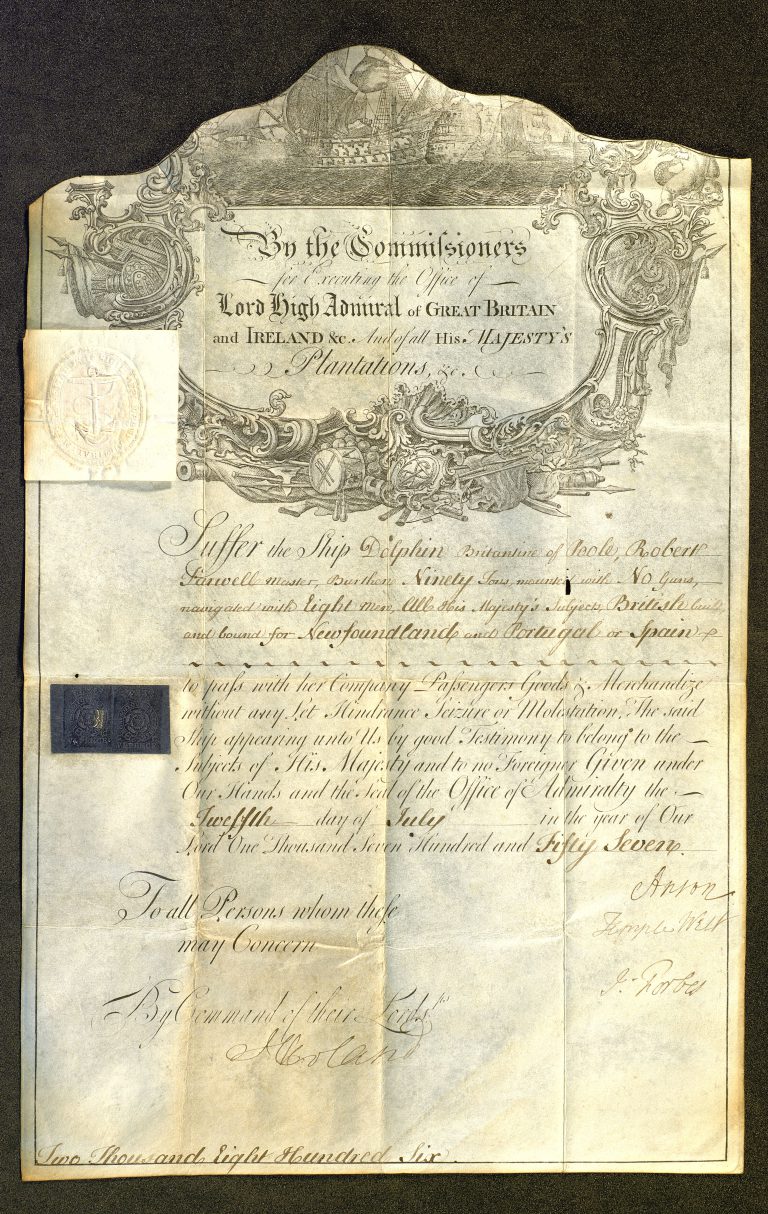