Charter of William of Warenne, son of the first Lord of Lewes

Charter of William of Warenne, son of the first Lord of Lewes

After the Conquest, Sussex was divided into administrative areas known as " rapes ". There were three in East Sussex - Hastings, Pevensey and Lewes. Count of Eu received the rape of Hastings, Count of Mortain that of Pevensey, while Guillaume de Varenne became Lord of Lewes.

He was one of the Norman barons who had distinguished himself during the Battle of Hastings, alongside William the Conqueror.He was richly rewarded for his services, obtaining nearly 298 mansions and 28 towns.
Lewes was made his principal residence, because of its proximity to the sea, in case of withdrawal.
Man of trust of the new King, he was appointed First Lord of the Regency Council and Grand justiciary of the kingdom.
This privilege aroused jealousy and when William the Conqueror returned to Normandy, several barons conspired against him.
This charter concern the Norman properties of William of Warenne, son of the first Lord of Lewes of the same name : it states donation in favour of Longueville Priory from one host at Dun to the stronghold of Gautier Broteville . 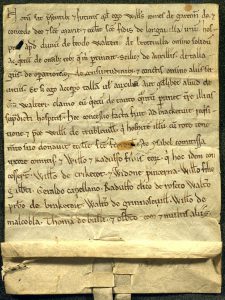 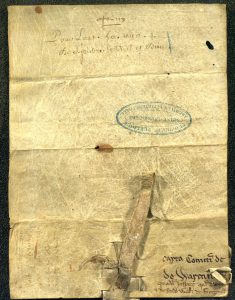