Extension project for the port of Dieppe, with the creation of a port of refuge. Colour lithography by Rivière

Extension project for the port of Dieppe, with the creation of a port of refuge. Colour lithography by Rivière

This perspective view of Dieppe, designed around 1840, highlights two ambitious infrastructure projects that never emerged: on the foreground, a large basin meant for receiving tall ships, extends to Neuville; to reach it, the ships used a channel “going to Paris”.

The idea of a canal linking Dieppe to the capital was born with Vauban, before being taken up again during the Revolution. Initiated at the port, the construction site of the channel is quickly interrupted; the advent of the railway in 1848 is probably the main reason for this. However, the idea came up again in 1863, referred to as Paris Seaport. As for the new basins, they are dug near the city at a shorter distance from the sea. 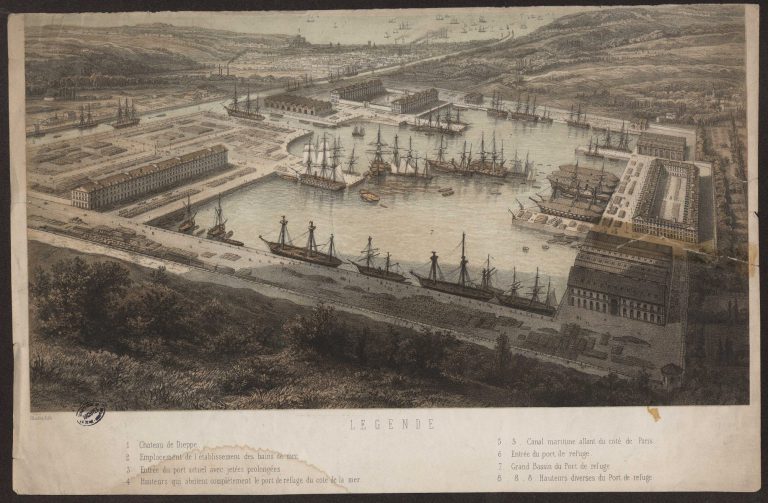